Noel Gallagher told a ''weird'' crowd in Australia to stand up because it felt like they were watching a film when he was on stage. 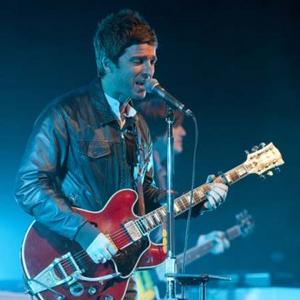 Noel Gallagher demanded his audience stood up when he performed in Australia.

The 'Dream On' hitmaker was recently performing in Melbourne, but after thinking it was "weird" how everybody was sat down, he called for them to stand up.

He wrote on his blog: "The gig was a bit weird to start with. It was all seated and the crowd remained so for the first three songs. It was like they were at the cinema... Now I know how the support band must've felt!

"Anyway, I felt as though I must speak to these people..."Do you HAVE to sit down?" I asked. 'NO!!' They shouted back as one. 'Well... Can you stand up, please?' I asked again, slightly annoyed.

'YISS,' they replied in an Aussie accent and up they all stood - Just like that!!(sic)"

After the performance Noel - appearing as Noel Gallagher's High Flying Birds - met up with fellow Brits Kasabian, who are also on the Big Day Out tour, but admits he was a little embarrassed as he could only remember guitarst Serge Pizzorno's name.

He added: "Bumped into comrade Serge and another one of Kasabian, whose name I can never f***ing remember. Had a bit of lunch... A mad Mexican, if you must know (sic)."