Nirvana's Classic Track Smells Like Teen Spirit Has Been Named The Most Iconic Song Of All Time. 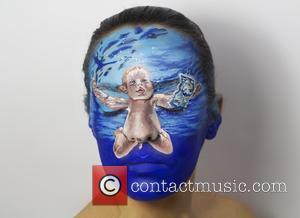 Picture: Nirvana (Nevermind) - I am both, a musician called Lone Taxidermist and a make up artist, so Record store Day seemed like a good way...

The 1991 single, which catapulted the U.S. band to international fame and made a figurehead of frontman Kurt Cobain, came top of a survey by music experts in the U.K.

In a study of key elements of hit songs, scientists at Goldsmiths university in London named the track above John Lennon's peace anthem Imagine, One by U2, and Michael Jackson's hit Thriller as the most iconic single of all time.

It also beat out competition from Queen's Bohemian Rhapsody, Hey Jude by The Beatles, and punk song God Save The Queen by the Sex Pistols.

Dr Mick Grierson, who spearheaded the study, says, "Goldsmiths used a computer algorithm to compile the new list. We looked at key criteria including tonic dissonance, numbers of chord changes and beats per minute."