The album artwork for Nirvana’s 1991 album Nevermind is without doubt one of the most iconic in music history. It’s equal parts adorable and bizarre, and while perhaps a little too near the knuckle for today’s climate, still largely innocuous in most people’s minds. 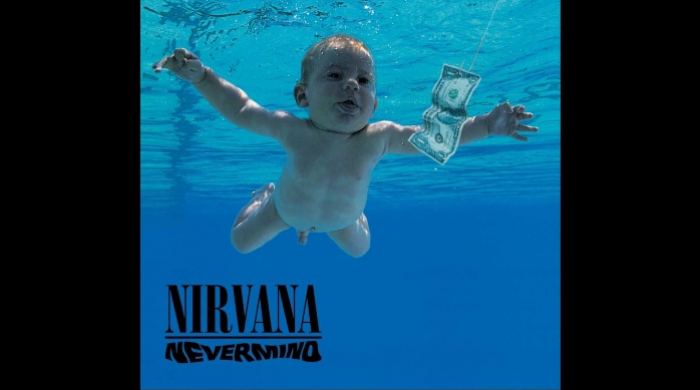 However, the very same baby who posed nude for that album cover, Spencer Elden, is now suing the band for sexual exploitation and child pornography at the tender age of 30.

Elden was just 4-months-old when he was photographed under water - genitalia on full display, eyes seemingly fixed on a dollar bill held in front of him on a fishing hook - for the album, but now he says that his parents didn’t sign to authorise the use of the image and even claimed that the photo depicted him in a sexual light, however subtle it may have been.

While the law does say that nude images of children taken and used in a non-sexualised fashion does not constitute child pornography, Elden’s lawyer argues that the dollar bill which was superimposed on the image turned this image from an innocent one of a naked baby, into something which alluded to the infant being a “sex worker”.

“The images exposed Spencer's intimate body part and lasciviously displayed Spencer's genitals from the time he was an infant to the present day,” the court papers read. They added that an alleged promise to cover Elden’s genitalia with a sticker on the final album cover was not made good.

Elden claims that his “true identity and legal name are forever tied to the commercial sexual exploitation,” that he “has suffered and will continue to suffer lifelong damages” including “extreme and permanent emotional distress” and “interference with his normal development and educational progress”. He also claims needing “medical and psychological treatment”.

The damages in question amount to $150,000 each from band members Dave Grohl and Krist Novoselic, those who manage Kurt Cobain's estate, Cobain’s widow Courtney Love, as well as the photographer Kirk Weddle.

This case might well have held weight for Elden, had it not been for his past behaviour regarding the image. In 2016, he even recreated the photograph for the album’s 25th anniversary, and has posed proudly with the album art many times in the past. Plus, despite not even being a huge fan of the band (he once stated that he preferred The Clash), he still got the album title tattooed across his chest.

Fans are now asking themselves why someone who has suffered “permanent emotional distress” would choose to recreate that specific traumatic moment for fun and sometimes payment, much less get a permanent reminder inked into their skin.

While we are yet to hear the response from the 15 defendants involved in the suit, we’re almost certain that Elden’s apparent past enjoyment of the publicity surrounding the image will count against him.

The original concept for the album cover was conceived by Kurt Cobain, and while the art director for Geffen Records, Robert Fisher, suggested that Elden’s genitalia be covered so as not to offend people, Cobain famously refused, stating: “If you're offended by this, you must be a closet pedophile.”

This statement alone suggests that this idea of Elden being an infant “sex worker” wasn’t even a passing thought for anyone involved in the artwork. It was more likely a statement about consumerism and the toxicity of the American Dream, judging by some of the lyrics within Nirvana’s back catalogue.

Spencer Elden certainly has a lot of questions to answer, but we are definitely interested in hearing the defence for Nirvana’s team; if proper consent was not obtained from Elden’s parents, he may well be eligible for some damages, if not the whole amount requested.