Rapper Nipsey Hussle has gone public with his rumoured relationship with Lil Wayne's ex Lauren London by posting a photo of the couple online.

The pair was first romantically linked in January (14), when the model-turned-actress attended one of Hussle's gigs in North Carolina, but the stars have remained quiet about the status of their relationship and have avoided being snapped together in public.

However, Hussle fuelled the dating rumours on Friday (19Sep14), when he shared a picture of himself with London on his Instagram.com blog, alongside the caption, "Me and my Loc (love)".

The sweet snap comes three months after London denied speculation she was pregnant with the rap star's child via a post on Twitter.com.

She did not mention the rapper by name, but simply tweeted, "1 Kid. None on the way. Chill with the rumors." 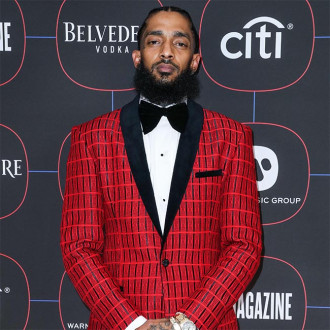