How nasty is Amon Tobin? No, really. Verbal, featuring the vocal talents of MC Decimal R, starts off (for all of ooh, thirty seconds) as a beautiful acoustic guitar driven headnodder. Then the man drops the beat and hell doesn't so much freeze over as jump out your speakers. Slathered in sub-bass with enough wobble to make multiple Big Mac consumers tremble at 50 yards, the whole tune then warps off into the sort of dream/nightmare territory that Mr Tobin has made his own over the last few years. Spooky, catchy and irresistibly fucking great all at once, prepare to be afraid, very afraid, some time very soon. And to rather enjoy it, too. Amon Tobin was born in Brazil. Maybe it’s in the blood, or maybe they enforce a strict batucada regime in the nursery, but despite being every bit the mild-mannered Englishman resident in a seaside town ,( now spending an extended sojourn in Montreal), Amon has got that rhythm-thing seeping out of his every pore. Combine this with his love of the outer limits of jazz and an unhealthy obsession with the creation of noise and the results are spectacular. Amon first recorded as Cujo for Ninebar Records,

culminating in his debut album, "Adventures In Foam". Ninja heard an early 12" and began speaking to him - the result was 1997’s classic, "Bricolage". Described as being like "stuffing Lionel Hampton, Art Blakey and Mingus into a compression chamber..." (Rough Guide To Drum & Bass), the album was an international success. It was followed up by the darker but no less rhythmically stunning "Permutation". People began comparing Amon to Ennio Morricone, artists as diverse as David Byrne and Cannibal Corpse went out of their way to praise him and Tobin found himself playing sold out shows at the Montreal Jazz Festival, the Knitting Factory in New York and the Coachella Festival. In fact, so successful was Amon in North America that "Permutation" was the best selling album of ’98 for the renowned Other Music store in NYC, outselling the likes of Bjork, Massive Attack and Air. Back in England, dons like Dillinja stepped forward for remix duties.

Last year’s "Supermodified". Amon’s fourth album was his most challenging yet, in some ways a departure, in others a development of everything that had gone before. The record is an experiment in sound - bass sounds made from motorbikes and tubas, breaks made from spitting and farting. And "all breaks featured are completely fresh," Amon stated, "sampled from source like fucking Evian. Even though no one really cares apart from sad bastards like me."

With collaborators including the legendary post-comedian Chris Morris, the album was rapturously received by the press, with Uncut claiming that Amon’s "subtle genius places him forever one step ahead of the listener and several light years in front of his contemporaries,"

On October 15th 2002 Amon Tobin continues his adventures with the breakbeat with Out from Out Where, his fourth album. Darker, more complex, even more rhythmically driving and intense than before, this huge record will cement Tobin's reputation as one of the most innovative and important names in music today.

Looking to the future, expect to see more whirlwind touring and an EP of collaborations with old skool legend Steinski, Bonobo, and Kid Koala cohort P-Love. 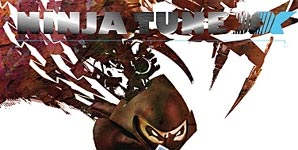 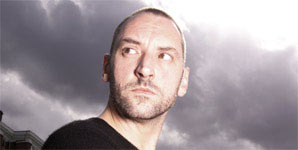 ninja tune - This Is The Thing

Ninja Tunes - What We Must