He is remembered by his ex-wife Kate Van Buren.

One-time keyboardist for Nine Inch Nails James Woolley has passed away at the age of just 50 after struggling with 'significant neck and spine injuries' for some time. It's not yet been revealed what his exact cause of death was, but his passing was confirmed in a statement from his ex-wife Kate Van Buren. 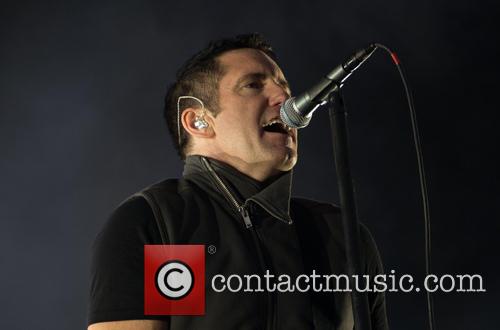 Trent Reznor has not yet reacted publicly to the news

Van Buren revealed the news via Facebook on Tuesday (August 16th 2016) alongside a moving obituary. Woolley is best known for playing keyboard in Trent Reznor's industrial rock band Nine Inch Nails, lending his talents to their breakthrough 1994 album 'The Downward Spiral'. While his cause of death is not known, his former wife revealed that he had health complications which restricted him from certain physical activities.

'James worked hard and played hard with NIN', Van Buren said. 'He brought coolness to playing keyboards, which isn't as easy to do as playing guitar or drums.'

Woolley left the band the same year 'The Downward Spiral' was released, after just three years. He went on to play in a number of other bands, as described by Van Buren in her tribute. 'James played briefly in Rob Halford's band Two, produced music for a wide array of groups, worked on sound design for The Simpsons (those fart sounds are authentic), and worked on his own tunes for his band VOID in our home studio', she said.

Several other former members of Nine Inch Nails have taken to social media to pay tribute to their old pal. 'Rest in peace James Woolley, my old friend', Drummer Chris Vrenna wrote, while guitarist Richard Patrick lamented 'I miss my buddy.' Keyboardist Charlie Clouser, who took over after Woolley left, said: '#RIPJamesWoolley My predecessor in NIN, a truly kind man. Such a sad day.'

Woolley is survived by his three children with Van Buren - Brendan, Mary and Anne - and his funeral is due to be held in Glenview, Illinois near where he lived on Saturday (August 20th 2016).