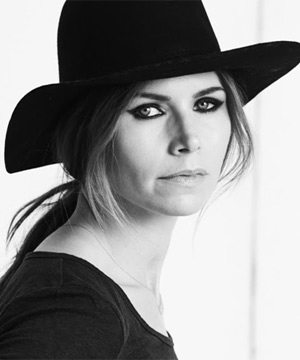 Nina Persson, iconic songstress from The Cardigans and A Camp, is proud to announce her upcoming solo show at The Mercury Lounge Wednesday, February 19th. This intimate gathering will feature new material off her upcoming solo album 'Animal Heart' due February 11th via Brooklyn label The End Records.

She has worked as a solo artist, releasing two albums as A Camp, has appeared on the tribute album to Serge Gainsbourg, worked with Manic Street Preachers (Send Away The Tigers) as well as rock group Sparklehorse's collaboration with Danger Mouse (Dark Night of the Soul) and is a member of The Cake Sale Collective.