The 23-year-old singer has dyed her locks from peroxide blonde to brown, and the star thinks her new makeover reflects the ''honest and stripped back'' tone of her upcoming tracks.

The 'Stay Out' hitmaker told the Metro newspaper: ''My debut album 'Peroxide' was young and fun, whereas this one is a lot more honest and stripped back. It kind of matches the hair, if that makes any sense.''

Scottish singer-songwriter Nina Nesbitt released her promising debut album in 2013, narrowly missing out on the top ten of the UK charts, but marking her out as one to watch.  Having recently played a trio of headline dates she now releases this EP, though confirmation of album number two remains outstanding. 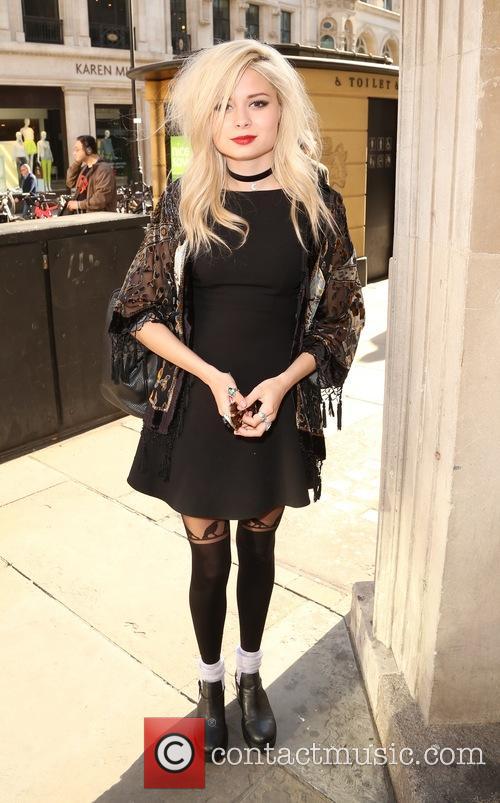 In an age where pop stars seem intent on shocking and wearing as little as possible, Scottish-Swedish songstress Nina Nesbitt is something akin to a breath of fresh air.  Fully clothed - shock horror - and with no sign of twerking, her debut album arrives after two years of honing her craft, which culminated last year with being the soundtrack to the John Lewis campaign.

Given her striking appearance, it wouldn't be completely inconceivable to think 'Peroxide' was a reference to Nesbitt's bleach blonde hair, but the title and opening track soon shows there is much more to it than this - and indeed Nesbitt herself.  A chiming mid-tempo number, it actually refers to the burning effect of a broken relationship and has an impressive grandness that would be expected from a closing number.  If this is an indication that this isn't your typical teenager, the idea is reaffirmed by 'Stay Out'; a witty social commentary on trends and trying to fit in laced with infectious hooks.  The ear for catchy melody is demonstrated further on 'Selfies' which, despite an under-developed chorus, manages to provide insight into the potential mindset of those who indulge in self-portraits.  Up to this point of the record, it is clear that Nesbitt is capable of bouncy pop, but 'Align' signals a wider ability. A string-laden ballad not unlike Howie Day's 'Collide', we are given a delicate but stirring vocal performance that impresses.  She returns to the genre on a couple of occasions later on - notably the country-tinged duet 'Hold You' with Kodaline - to demonstrate an aptitude for slower tempo material that places greater emphasis on her voice.

The second half of the record provides further expansion to Nesbitt's musical landscape, with 'The Outcome' edging toward rock and not totally unlike early Avril Lavigne, while the impressive coming-of-age track '18 Candles' sees her sounding like a young KT Tunstall.  'He's The One I'm Bringing Back' is a venture into funk that aims for fun but marginally falls into annoyance, but it's a small blot on what is a very assured first release.  What Nesbitt has very successfully done is made a record that covers themes that most can relate to from their teenage years - first love, broken relationships, growing up - in a way that is accessible to those both younger and older, whilst crucially avoiding clichés in most cases.  Put this together with her ability for utilising catchy pop hooks across various musical styles and the result is a young artist with a lot of talent and huge potential - and who can let her music earn her attention, as opposed to her image.

Born to Scottish and Swedish parents, Nina Nesbitt is an 18-year-old singer-songwriter who first picked up a guitar three years ago.  Radio support has been provided by Fearne Cotton, while support slots with Ed Sheeran and Example have also increased her exposure, coming after both artists had been impressed by her work.  This summer will see her hit the festival trail and follow it with a headline tour in the autumn.

On appearance alone Nesbitt could be Simon Cowell's next meal ticket; an attractive late-teen to package pop music around and to saturate the market for 12 months.  Within one listen of 'Stay Out', the appeal of this starlet goes infinitely beyond physical; she possesses an ability to write an acoustic pop song with anthemic qualities and quirky lyrics.  The exuberance of a night out is married to a social commentary on people trying to fit in, done in an incisive manner reminiscent of Alex Turner on Arctic Monkeys' early work.  It isn't quite as witty as something like 'A Certain Romance', but it impresses nonetheless.

The supporting tracks to the main release are also cause for interest with 'Just Before Goodbye' taking a country direction on which Nesbitt displays a maturity beyond her years.  'No Interest' finds her sounding like Lily Allen and providing a peak at teenage life and relationships, while 'Status' really demands your attention again.  A brooding piano number, it articulates the feelings of a bruised relationship in a way that most couldn't, and it is this ability that means the hype already building around Nesbitt comes with justification.  Whilst a release date has not yet been announced, her debut album is certainly one to be looking forward to.