Although this comedy-drama seems to have been written specifically to give Meryl Streep a chance to dress up and put on a silly show, it's actually all true. And it's hugely entertaining, generating gut-wrenching laughter and some sharply resonant emotions too. It's also a subtle exploration of pop culture, most notably privileged artists and the fact that there's more to stardom than just talent. 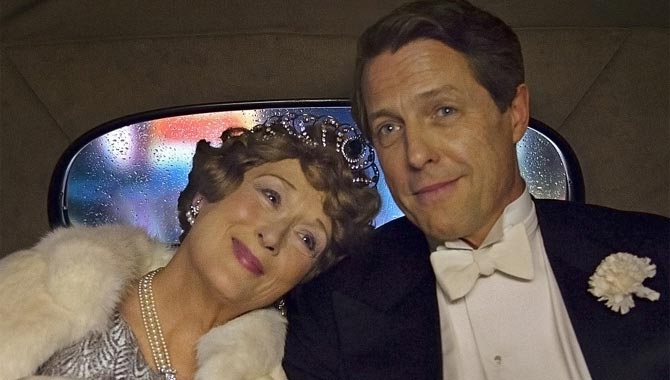 Streep shines as Florence, a socialite who hosts lavish parties in 1944 New York with her husband St Clair (Hugh Grant). Both of them are frustrated artists: Florence sees herself as an opera diva, while St Clair never quite made it as an actor. So at her parties, Florence puts on performances for her friends, oblivious to the fact that she's riotously off-key, while St Clair plays the doting husband, protecting her from criticism and hiring talented young pianist Cosme McMoon (Simon Helberg) as her accompanist. Florence doesn't really mind that St Clair has a woman (Rebecca Ferguson) on the side. But when she books Carnegie Hall to perform a concert for troops returning from Europe, St Clair realises that he can't protect her from a real audience.

Writer Nicholas Martin and director Stephen Frears construct the story beautifully, building up to reveal Florence's voice in a painfully hilarious sequence that's expertly played by Streep, Grant and Helberg. Streep's enjoyment of the role is infectious, and she makes Florence sympathetic by letting us see her yearning to sing. She imagines she sounds like her operatic idols, so can't hear the strangled notes coming from her mouth. And those who don't applaud are laughing so heartily that surely they're just as entertained. Streep's performance soars through the performance scenes, but is just as powerful in the comedy and at moments when Florence is vulnerable and nervous.

Conor (James McAvoy) and Eleanor (Jessica Chastain) play a couple who fall in love and get married, before hitting various hiccups in their relationship. However, this film is far from the clichéd love story, and instead tells the tale from both points of view, as well as relatable and engaging look at the relationship of two people still trying to figure out who the other person truly is. The Disappearance of Eleanor Rigby charts the highs and lows in a relationship between two people trying to recreate the past, so as not to let their love fade away.

Josh Kovacs has been a resident in Queens for more than ten years; in that time, he has acquired and lived in one of New York City's most secured and lavish apartments. He works for the Wall Street billionaire Arthur Shaw, who just so happens to live above Josh, in a swanky penthouse flat, making him the wealthiest resident there.

One day, Arthur is convicted of stealing two billion dollars from his investors and he is placed under house arrest. The investors he stole from turn out to be Josh and his crew; Arthur has taken their pensions that they entrusted him to manage. Josh is forced to admit that his retirement fund was taken too.

Josh and his crew form a plan to take back their pension fund, which they think is hidden in Arthur's penthouse. They call upon a petty robber, Slide, to help them, who in turn hires his team of amateur thieves, to scout the penthouse. It turns out that the crooks know the layout of that particular apartment, so taking the two billion back should be a cinch, right?

Gil and Inez are young couple who decide to travel to France with Inez's family. Gil is a very successful screenwriter in Hollywood and when he announces to Inez that he wishes to write his debut novel, she's supportive bu not exactly taken with the idea. When the opportunity to visit Paris arises, both Inez and Gil - who's had a fascination with the city for many years-, feel it's a perfect vacation. 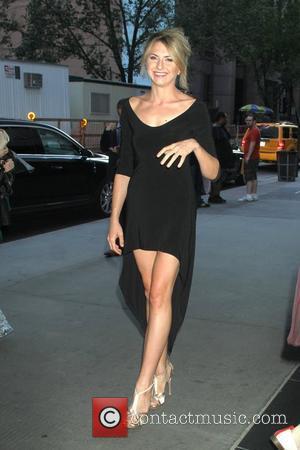