Williams is due to perform gigs in South America for the next three weekends.

Chic legend Nile Rodgers is set to stand in for Robbie Williams as a judge on this weekend’s edition of ‘The X Factor’ while he is absent on a South American tour.

The 66 year old funk and R&B icon will act as a temporary replacement for former Take That star Williams, who is missing three of ‘The X Factor’s live episodes for gigs in Chile, Mexico and Argentina, which were pre-arranged as part of his current Heavy Entertainment tour before he even signed up to the show.

As a result, for the first time in its 11-year history, ‘The X Factor’ will pre-record the live show this Saturday (November 3rd), according to the Mirror, with Rodgers set to be on hand in the studio that day to help mentor Williams’ groups. 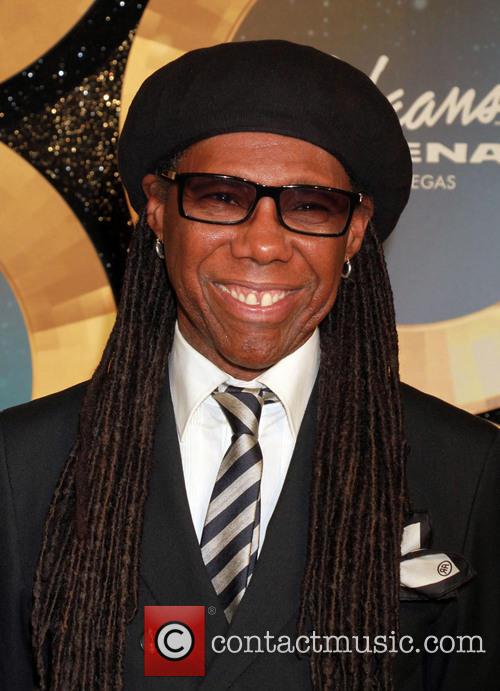 “Nile met Robbie’s contestants on Tuesday and will be present at the studio on Saturday during filming before keeping his seat warm on Sunday’s show,” a source told the paper on Thursday.

The show will go out in its usual slot of 20:35 as usual, but will have been pre-recorded earlier on in the evening.

More: Gary Barlow reckons his dressing room was bugged while he was a judge on ‘The X Factor’

“Robbie has been very on hand so far this series, but he is unlikely to be able to return over the next few weeks for rehearsals. Nile is already on hand to oversee the groups and give them the benefit of his expertise in the meantime.”

‘The X Factor’ will resume its regular live programming the following day, with Rodgers still sitting in for Williams. He will also do so the following weekend, with the third set of shows after that still in question.

The judging panel for the 2018 edition of the long-running ITV reality talent show is completed by Simon Cowell, Louis Tomlinson and Williams's own wife, Ayda Field.

More: Louis Walsh is finally quitting ‘The X Factor’ for good after 13 years