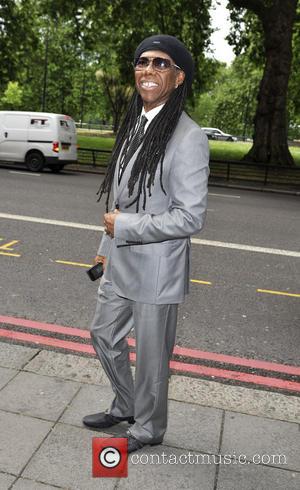 The star took to the stage at Britain's V Festival in Chelmsford, England on Sunday, and he shared his good news shortly before his set.

In a post on Twitter.com, he writes, "Every 6 months I have to get tested for cancer since being attacked. I'm 42 months clear... My cancer test came back all clear. Today's other gift's are Chic @vfestival (sic)..."

However, Rodgers, who was diagnosed with prostate cancer in 2010 but given the all-clear a year later (11), admitted the news was bittersweet as his band's longtime guitar technician is currently undergoing chemotherapy.

He adds in a message posted on Facebook.com, "Yesterday I got my latest post-op cancer test, and my guitar tech Terry had 7 hours of chemo. Life is the gift, cancer is the thief... We all love you Terry and we'll fight this monster together brother!"