Nikki Sixx: 'Fans Pushed Us To Tour With Poison' 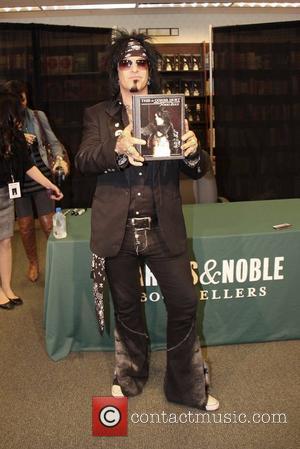 Motley Crue star Nikki Sixx would never have hit the road with rockers Poison had it not been for fans of the two groups screaming out for a joint trek.
The bassist admits he and his bandmates were not thinking of Bret Michaels' band when they started planning for a multi-group 2011 summer tour last year (10) - and it took fans to make them realise the joint trek would be a big hit.
Sixx tells the Atlanta Journal-Constitution, "When the concept to do something this summer came up, the economy is in such a bad state that we were going, 'How can we do something that is different and the fans feel like they're getting a bang for their buck?'
"It was a matter of filling in the blank. Fans were really pushing for Poison and we were like, 'They were something that happened after us'. It wasn't really what I or the band wanted to do, but you have to listen to the fans."
Motley Crue and Poison are now on the road with glam punk icons the New York Dolls.