Nikki Reed Pressured To Have Baby

Nikki Reed feels pressured to have child with all the pregnant celebrities. 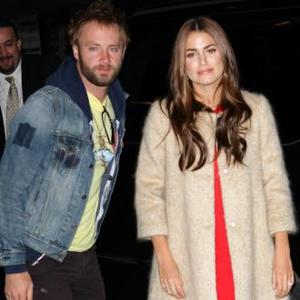 Nikki Reed feels pressured to have a baby.

The 23-year-old 'Twilight Saga' actress has admitted that since getting married to former American Idol contestant Paul McDonald she has been expected to announce she has a bun in the oven.

She told Celebuzz: ''I'm not having a baby! All of Hollywood is pregnant, but I'm not!''

With stars including Jessica Simpson and Hilary Duff recently having their first children and others such as Kourtney Kardashian and Alyson Hannigan with kids on the way, even her other half is bringing up the subject.

She confessed: ''[Babies] are more on the brain for Paul than they are from me. Paul is from the South, so all of his friends are having babies. He looks at me all the time and goes, 'Should we just do this?' I'm like, 'Yeah maybe in a little bit.'''

The star joked that with every pregnancy rumour that surfaces she has to reassure her husband's parents that she is simply bloated.

Although she is not ready for the responsibilities that bringing up another human entails, she has indicated when she might be in the mood to procreate.

She told Us Weekly: ''I just want to make sure that I do it young enough that my parents are still young, if that makes sense. My parents were in their mid-30s when they had me. I don't want to be 40 when I have a baby.''