Nikki Reed Opens Up About Reconciling With Father 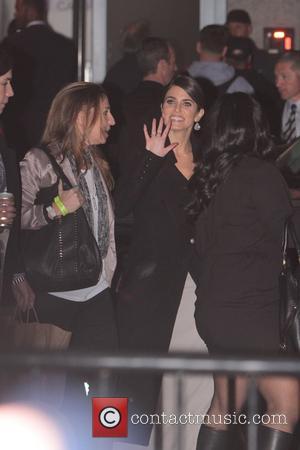 Actress Nikki Reed gave her father a list of demands before agreeing to reconcile with him after years of estrangement.

The Twilight star's parents divorced when she was two years old, and she was raised by her mother Cheryl.

Reed's relationship with her father Seth was strained when she was growing up, but she reached out to him in a bid to work out their differences after finding fame.

She tells America's Zooey magazine, "We weren't close growing up and I guess it was both of our faults. He was waiting for me to come around and I was bitter about him divorcing Mom.

"I was shooting a movie in Sacramento (California) and I called my dad and said, 'We need to have a real talk.' I told him all these things that he had no idea I wanted. I said, 'I want you to call me every day and maybe five times a day and even if I say I'm fine I want you to say you don't sound fine. I need you to dig deeper and tell me you love me every time you hang up the phone.'"