Nikki Reed and Ian Somerhalder have sparked rumours they are dating after he was seen holding her protectively as they went shopping. 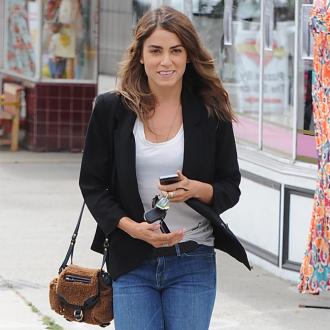 Nikki Reed and Ian Somerhalder have sparked rumours they are dating.

The 'Twilight' beauty and 'The Vampire Diaries' actor first raised eyebrows this weekend when they were pictured going for a run together, and today (20.07.14) they were seen getting very close at a farmer's market in Los Angeles, with Ian holding a protective arm around Nikki and nuzzling her neck.

The pair - who have been friends for a long time - used to go on double dates when they were with their previous partners, and Nikki is said to still be good friends with Ian's ex, Nina Dobrev.

Nina has recently said she supports Ian in all that he does and they remain close.

She explained: ''I don't like any kind of negativity. I try to be good to everyone, whether it's a love, a friend, an ex. I'll always try to treat people the way I want to be treated.''

Nikki, 26, was previously married to musician Paul McDonald, but they separated in March and filed for divorce in May.

At the time they were working on recording an album together, 'I'm Not Falling', and

Nikki had previously claimed music was the secret to their happy marriage.

She said: ''I feel like especially being in this crazy, weirdo world that we're in, where we're making movies and people are on tour, it's just so easy to lose track of what's important.

''I feel like it's really important to just be with each other and make the other person a priority.''