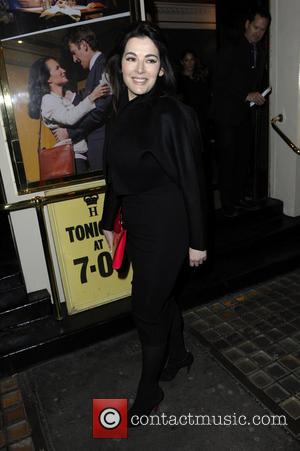 Nigella Lawson's ex-husband has sparked outrage after paintings inspired by the former couple's infamous throttling scandal went up for sale on his art website.

The British celebrity chef split from multi-millionaire art collector Charles Saatchi last year (13) after images emerged showing the businessman with his hands around his wife's neck outside a London restaurant.

The state of their marriage then became the focus of a high-profile court battle involving the couple's former assistants.

Now the scandal is rumbling on after it emerged artists are selling work inspired by the brutal incident through Saatchiart.com.

One painting, by an artist called D Udaiyan, features the former couple's faces superimposed onto the bodies of Tv cartoon characters Bart Simpson and Homer Simpson, who is renowned for strangling his son in fits of anger.

Defending the decision to allow the sales through his website, Saatchi tells Britain's Daily Mail, "Would it have been a better story if I had censored artists whose work might be personally disobliging?"

A representative for the site adds, "Saatchi Art does not believe in censorship unless the material is pornographic or incites racial hatred."