Nigella Lawson moved into a new house on Monday (8th July) only a day after her husband revealed they would be divorcing in a statement made to a tabloid newspaper.

Nigella Lawson moved into a new home on Monday (8th July) following her husband Charles Saatchi's statement in The Mail On Sunday.  The celebrity chef moved out of her and Saatchi's Chelsea house shortly after pictures, which appeared to show Saatchi choking her, were revealed by Sunday People.

Nigella Lawson at a Disney event in California.

The move does appear permanent as a large number of Lawson's possessions including king-size mattress and kitchen appliances were moved into her new house.

In the statement made on Sunday (7th July) Saatchi said they would be divorcing. He went on to say their separation "was heart-breaking for both of us as our love is very deep, but over the last year we have become estranged and drifted apart".

However, sources close to the couple believe the major issue in their decision was the pictures where Saatchi is holding Lawson's throat. A friend claimed Lawson found the photographs "humiliating" whilst Saatchi is irritated at his wife for failing to defend him. The source argues that Lawson was in no position to speak out owing to the delicate nature of the photographs. 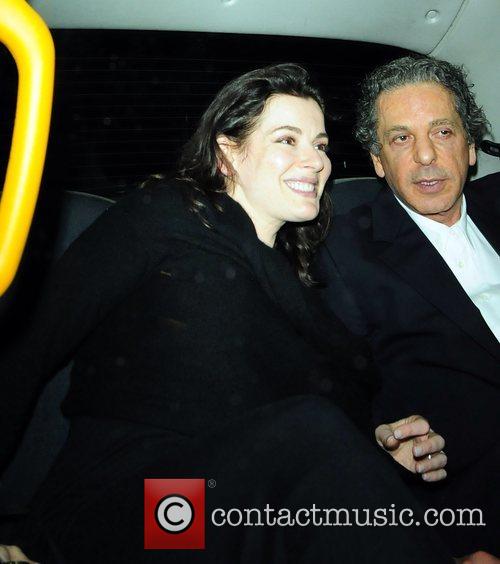 According to a source, speaking to The Mail, Saatchi 'never liked her being famous". This was to the extent that "he really used to cringe if people came up when they were having a meal and wanted her autograph". The source goes on to assume this was due to his ego that he disliked being seen as "Mr Nigella Lawson".

A legal battle will likely follow as the couple's combined worth is £150 million. Nigella's children, Saatchi's step-children, will not need to be fought over as they are adults.

Lawson so far has declined to comment on any aspect of her separation from Saatchi. Nigella Lawson at a book signing in Dublin, 2012.