Anthony Bourdain has written a piece for Entertainment Weekly’s Pop Watch, in which he opens up on the experience of filming The Taste – ABC’s cooking completion. But perhaps one of the most startling things is his admiration for British chef Nigella Lawson.

“First off,” Bourdain begins in his odyssey of praise for Lawson, “let me say, if you are lucky enough to be friends with Nigella Lawson, you are very fortunate indeed. Waking up every day to have a car take you to studio where the sublime Ms. Lawson is padding about in fuzzy slippers and an Ethel Mertz robe, her hair in curlers, is one of life’s great joys.

We’re not sure how relevant the car is to Lawson’s appeal, but just you wait: the praise gets serious now: “I don’t know what the female version of a mensch is, but that’s what Nigella is: always there with a band-aid, magically-prepared fresh-ground coffee, her own toaster, a multi-disc DVD anthology of film history for the down hours.” Again: DVD anthology of film history? Bourdain has some serious explaining to do. “She carries her own supply of French sea salt in a suspicious looking container in her purse. She is not averse to a shot of tequila with the boys, should the equally delightful Ludo be offering some in his trailer. She kicks ass at beer pong. She is exactly who she is on television — but better,” the ovation continues. 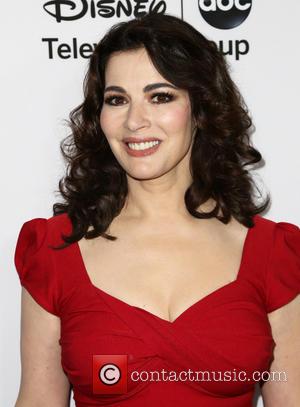 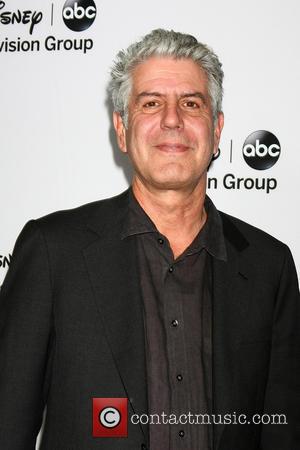 Bourdain is full of praise for Lawson

The real purpose of the article was to give readers an insight, and answer some lingering questions about, The Taste. And in fairness, he did do that. He reasserted that the judging was done blind, after accusations suggested they didn’t, and he made it clear that “Diane is not a bitch”. But it’s his strange ode to Nigella that has got everyone talking. The season finale of The Taste airs tonight at 9 p.m. on ABC.