Fact: The former niece of American Idol producer Nigel Lythgoe has become the toast of Team Great Britain at the London 2012 Olympics after winning two gold medals for dressage. Horserider Charlotte Dujardin, whose aunt Bonita Shawe was married to the TV mogul for 33 years, claimed her second medal on Thursday (09Aug12).

Tweet: "We loved your vocal performance so much we'd love to invite you on to American Idol this Season for a duet with Al Green." American Idol producer Nigel Lythgoe wants U.S. President Barack Obama to perform the full version of Let's Stay Together with the soul hitmaker himself after the politician sang an extract of the classic track at a recent fundraiser.

Quote: "People are going to be highly impressed with her. She absolutely makes sense to me with everything she's said so far to the kids." American Idol producer Nigel Lythgoe has high praise for new recruit Jennifer Lopez.

Fact: Reality TV mogul Nigel Lythgoe has returned to American Idol as a producer, two years after he quit the role to focus on his other U.S. show, SO YOU THINK YOU CAN DANCE.

Fact: American Idol executive producer Nigel Lythgoe has quit the TV talent show after seven years in the job. According to website TMZ.com, Lythgoe is stepping down from his role because he's "not passionate about it anymore" and he wants to focus on his other TV hit, SO YOU THINK YOU CAN DANCE.

Quote: "Since I've been here in America, I've lost the back of my heart, 16 feet of intestine and my marriage. From a personal point of view, it's been a bit tough." American Idol boss Nigel Lythgoe insists his U.S. TV success has taken its toll on his health and his marriage. He's currently divorcing his dancer wife BONNIE. 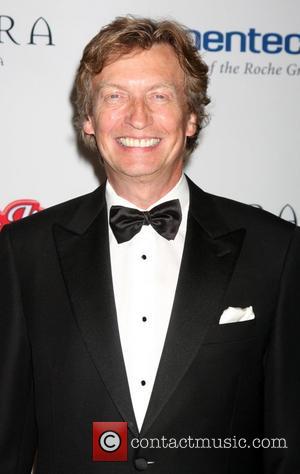