Simon Cowell has revealed he had to choose Nicole Scherzinger to replace Cheryl Cole on the US 'x factor' because she would have killed him if he did not. 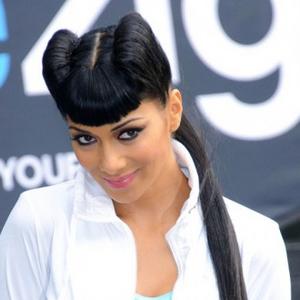 Nicole Scherzinger would have "killed" Simon Cowell if he hadn't chosen her to replace Cheryl Cole on US 'x factor'.

The 'Poison' singer has taken over from the ousted British star on the panel of Simon's pop star search show and the music mogul revealed Nicole was his first choice because he was worried about her reaction if she wasn't picked.

He explained to Access Hollywood: "What else are we gonna do? She would've killed me if I'd a chosen anyone else. I literally would have been killed."

Despite Cheryl's departure from the US show and refusal to return to the British version, Simon is adamant he did nothing wrong although he acknowledges Cheryl is "mad" at him.

He explained: "All that happened was I said to her, 'cause we have a lot of shows around the world, that I wanted her to front the UK show and that was it and she said, 'No.'

"You know, whenever you do anything in public it's horrible, but that's what happens when you make these shows. I hope that we're gonna be friends going forward. She'll be mad at me for awhile, but I didn't do anything wrong."