Nicole Scherzinger will play Mary Magdalene in the UK tour of 'Jesus Christ Superstar' alongside Tim Rice as Judas Iscariot. 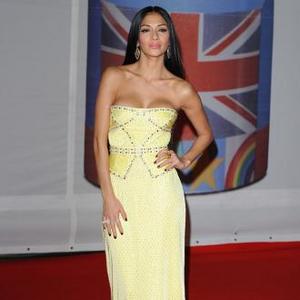 The former Pussycat Doll singer will star in the Lord Andrew Lloyd Webber and Tim Rice rock musical alongside Tim Minchin as Judas Iscariot, which will open this summer at London's The O2 Arena.

The lead role will be played by the winner of the ITV1 show, 'Superstar', which has former Spice Girls singer Mel C, as well as Jason Donovan and casting expert David Grindrod assisting Lloyd Webber during the callbacks stage.

Amanda Holden will host the programme.

The musical supremo recently revealed 3,000 would-be singing stars from as far afield as New Zealand and Israel have flown in to try out for the lead role in the musical.

Lord Webber said: ''We had a boy in from New Zealand; a boy from Israel; we had somebody come in from Lithuania. I mean it was extraordinary where people are coming from and I think we've had 3,000 people in to audition for the role, including a few girls - one girl who was very, very good and was really terrific.''

Lord Webber has previously found stars for West End productions of 'The Sound Of Music', 'Joseph And The Amazing Technicolor Dreamcoat', 'Oliver!' and 'The Wizard Of Oz' through his BBC shows.