Nicole Scherzinger has admitted maintaining a long-distance relationship with Lewis Hamilton is hard and she wouldn't wish the experience on anyone. 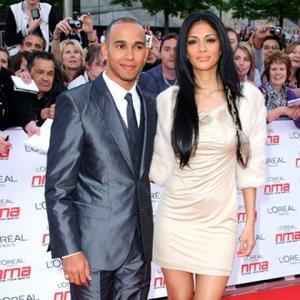 Nicole Scherzinger "wouldn't wish a long-distance relationship on anyone".

The 'Don't Hold Your Breath' hitmaker - who has been dating Formula One champion Lewis Hamilton on and off for the past three years  - explained while the couple have come to terms with not seeing each other very often due to their respective career commitments, they won't go for longer than a month without meeting up.

She said: "More than a month is a little too long. I wouldn't wish long distance on anyone."

Despite her being supportive of his career, Nicole admitted not being able to cheer Lewis on at his races is hard.

She added: "It's hard. I know that as much as I support him, he sees other drivers who have their girls with them the whole time."

However, the former Pussycat Dolls singer insists she is an "independent woman", which is very important to her.

Nicole said: "I'm my own independent woman. I take pride in coming from humble beginnings and taking care financially of my whole family.

"You have to be independent when you're in this industry. You have to stand up for what you believe in, what you want and who you are."