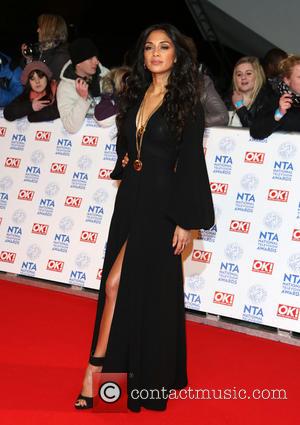 It appears as though Lewis Hamilton is pursuing a career in music to add to his impressive achievements as a Formula One driver. Whether his musical talents will match his on the track, though, is yet to be seen.

"He's working on some music and I'm working on my music. We can harmonise as one," confirmed Nicol Scherzinger - girlfriend of Hamilton and X-Factor judge seems very proud of her beau for entering into a different field. Her field. She's become somewhat famous for her wacky outbursts as well her pop exploits in recent years. The 34-year-old declared: "I'm a nutcase is what I am.  And then shamazing was born.  And it's in the dictionary.  We've got to get it in the dictionary.  And then we took it up a level and gave them "shamazeballs"."

In a further mishmash of, well, something, she told Capital FM's Dave Berry and Lisa Snowdon: "Last night I was disappointed when he didn't win at the National Television Awards but I was quite amused when I walked up to the stand to present and I swear to you, I looked at Dermot and the mics, they were two balls put together and I was like are you guys punking me right now?  I was like 'there he goes, speaking between the balls.  Do what you do best Derm, do what you do best.'"