Did Snooki Lie About Pregnancy For Magazine Deal? 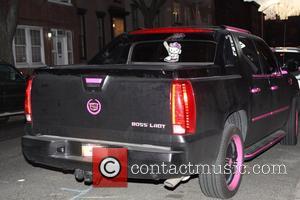 Jersey Shore star Snooki aka Nicole Polizzi hit the headlines on Wednesday (February 29, 2012) after it was revealed that she is 3-months pregnant with her first child, according to the New York Post. This despite the reality star denying the news during a television interview last month.

Sources say the 24-year-old decided against revealing the pregnancy on television because she had already brokered a deal to appear on the cover of US weekly magazine after shopping the story to various publications. Meanwhile, an insider tells the Post that MTV is worried about how to manage the pregnancy in the upcoming spin-off of hit show 'Jersey Shore', where Snooki is known for her hard-partying and heavy boozing. A source said, "Mtv went into crisis mode after they found out.They're trying to hide it because it would greatly affect the creative direction of the show." The untitled new show has just begun taping and focuses on Snooki's adventures with roommate Jenni 'JWoww' Farley.

Star Magazine first reported Polizzi's pregnancy a couple of weeks ago, but Snooki denied the story during an appearance on Good Morning America in February, telling host Lara Spencer, "I definitely do want kids, but I'm not pregnant . . . Being pregnant should be a real thing and a happy thing, and I'm not".