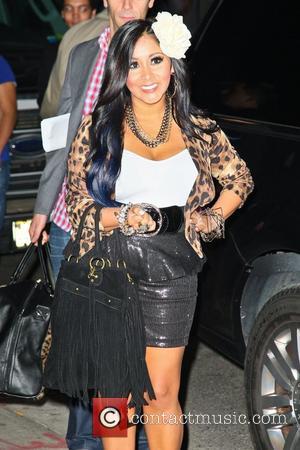 The reality star will spend her first family Christmas with fiancé Jionni LaValle and their newborn son, Lorenzo, who was born in August. It all sounds very cosy and relaxing, but Snooki is a busy woman and she won’t be resting on her laurels for too long. It will be back to business right after the holidays, as Snooki and fellow guidette Jennifer 'JWoww' Farley prepare for their first gig after the Jersey Shore finale. The two will take on the role of hosts for MTV’s Club NYE 2013, which will air from Times Square in New York on Monday, December 31, at 11 p.m. ET.