It's yet to be confirmed, but the Australian actress could be joining Gal Gadot.

Nicole Kidman could be set to make her superhero film debut with 'Wonder Woman' according to recent reports, where she may be up to play an Amazonian warrior. If the rumours are true, she'll be starring alongside leading lady Gal Gadot in the forthcoming movie. 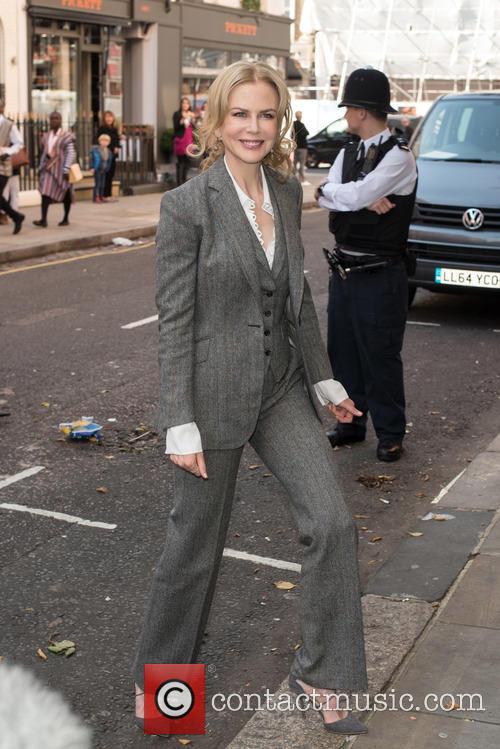 Apparently, the 'Before I Go to Sleep' actress is 'in talks' for appearing in the movie, where her 5 foot 9 frame would not be out of place among the female warriors of the Amazon. According to a source for The Wrap, she'll be a character of the higher ranks - which could possibly mean Wonder Woman's mother Hippolyta, who is the Queen of the Amazons.

There's no confirmation as of yet, however; Warner Bros. are refusing to either confirm or deny, and a representative for Kidman has denied the suggestions to New York Daily News. Nonetheless, we're still very excited to see Gal Gadot in the title role - though we'll first meet her in 2016's 'Batman v Superman: Dawn of Justice' which will star Ben Affleck as Batman and Henry Cavill as Superman. Chris Pine will play love interest Steve Trevor, though so far no other cast memnbers have been announced.

'Wonder Woman' is being directed by Patty Jenkins (who did 2003's 'Monster'), with a screenplay by Jason Fuchs, while Zack Snyder is involved in production while he directs the 'Justice League' films. The movie is part of an enormous ongoing DC cinematic franchise, which will also see feature length stories for The Flash and Aquaman. Next year we can expect to see the premiere of 'Batman v Superman: Dawn of Justice' (ahead of 'The Justice League' parts one and two) as well as the villain based 'Suicide Squad' from David Ayer.