If it’s good enough for Britney and Madonna, Sandra and Scarlett and Amy and Tina, it's good enough for Austalian best friends Nicole Kidman and Naomi Watts, who went down the familiar celebrity route of ‘locking lips’ in public at a recent Women In Film event. 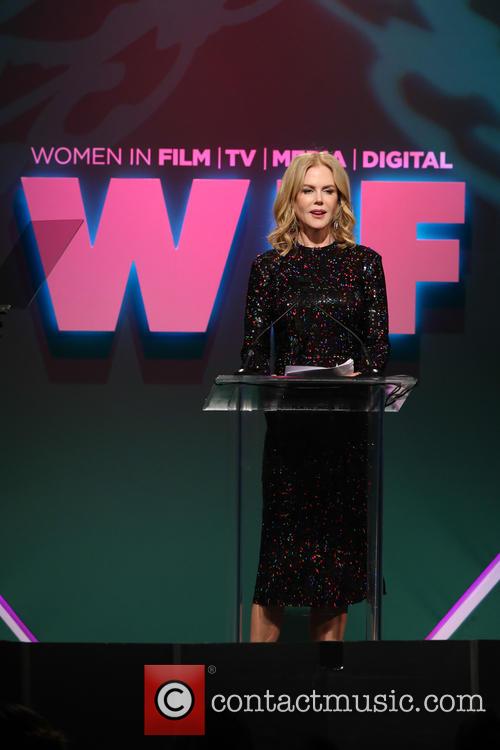 With Kidman on the stage giving a speech about female empowerment, Watts joined her long-time pal and they went in for a big smooch both wearing, strangely, floral shower caps.

However, it seems that this snog had a little more background to it than shock tactics, comedy timing or just good friendship with Vanity Fair reporting the history of this unexpected kiss.

MORE: Nicole Kidman And Reese Witherspoon Team Up To Produce And Star In Big Little Lies

Kidman explained that, when she was 14, director Jane Campion offered her a role in a student film, A Girls Own Story that Kidman actually turned down because of her nerves at having to wear a shower cap and kiss a girl on-screen.

Kidman said: "My excuse was that I had final exams to study for [but]... I wanted to be the kind of actress with long flowing hair [who] kissed boys... I was not ready to do the kind of work that threatened anybody.

Well done Nicole. We can’t wait to see you in it.