Nicole Kidman is unhappy that her adopted children Isabella, 18, and Connor, 15, chose to live with their father Tom Cruise but respects their decision to do so. 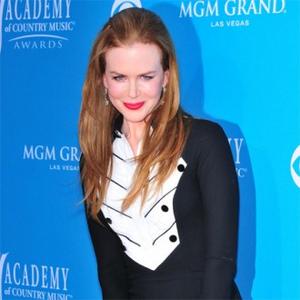 Nicole Kidman wishes her adopted children lived with her.

The Australian actress raised 18-year-old Isabella and Connor, 15, with ex-husband Tom Cruise and is saddened by their decision to live with their father, his wife Katie Holmes and their four-year-old daughter Suri, but wouldn't fight their choice.

She said: "They live with Tom, which was their choice. I'd love them to live with us, but what can you do?"

Though she is upset about her elder children not living with her, she is delighted to have become a parent again later in life, having had daughter Sunday Rose with husband Keith Urban in July 2008.

She admitted: "It's a Beautiful Thing at 43 to have a two and half year old!"

Explaining the youngster's unusual name, Nicole revealed she was named after the day of week that her and Keith most enjoy together.

She told Britain's HELLO! magazine: "When we were both alone, before we met each other, Sunday was the day we dreaded most, because when you don't have someone in your life Sundays can be really lonely.

"Then when we met, we went from dreading Sunday to really loving it. It was the day when nobody was going to bother you, you could stay in bed, you could do what you wanted to do. We just thought, What a great name for our baby!' "