Nicole Kidman has revealed she wants to have more children with her husband Keith Urban and says being a mother has helped make her career more fulfilling. 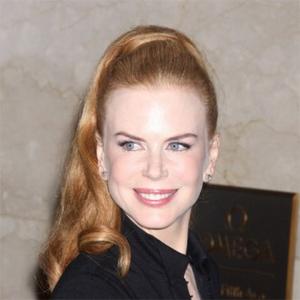 The 43-year-old actress - who announced the birth of her and husband Keith Urban's second daughter Faith Margaret, who was born via gestational carrier in December - says being a mother made her perform better in her latest Oscar-nominated role in 'Rabbit Hole' and she would love to increase her family.

She said: "I want more children. I love being around that life force. People ask, 'Was the film really hard?' Well, it wasn't hard to find The Emotions. It was hard to keep them in, to put them back. And I cannot imagine doing this if I didn't have children."

The screen beauty - who has two adopted children, Isabella, 18, and 15-year-old Connor, with ex-husband Tom Cruise - insists something inside her was "altered" forever when she gave birth to her and Keith's two-year-old daughter Sunday Rose.

She explained: "Something happens to you as a woman once you've given birth. You change on a cellular level. You change and are altered."

The star also admitted she would love to win the Best Actress Oscar at the upcoming Academy Awards because it would be a victory for the entire family.

She told Metro newspaper: "When I won the Oscar for 'The Hours' in 2003, it just went past. I would so love that moment with Keith because these sort of things are very much about your marriage.

"We talk about 'Rabbit Hole' as 'our' film because he gave up a lot for me to make it. It's definitely our daughter Sunday's film too."