Nicole Kidman is keen to accept Lee Daniels' offer for her to have a role in 'Empire'. 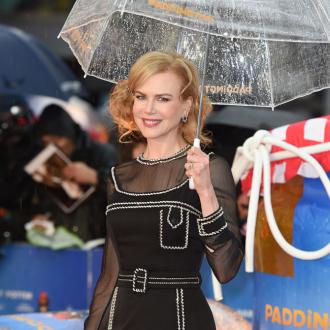 Nicole Kidman wants to be in 'Empire'.

The 48-year-old actress is keen to work with her 'Paperboy' director Lee Daniels again but has been too busy appearing in 'Photograph 51' on London's West End to find the time to take up the offer to appear on his TV series.

When the director admitted he is ''disappointed'' she is having such a good time in London because he wants her on the show, Nicole replied: ''You promised me I would be there one day.''

Discussing her decision making on accepting a role, she added: ''Something like doing 'Empire' is more to do with whether I can devote the amount of time I need to. I can't pop in and pop out. I wouldn't get there emotionally.''

Elsewhere in her conversation with the filmmaker for Interview magazine, Nicole inquired as to whether Lee had met Michael Grandage, who is directing her in the play.

The director replied: ''No. I haven't met him. All I know is that he stopped you from doing 'Empire' and I'm furious. I have to get you on the show.''

Meanwhile, the 'Precious' filmmaker admitted he only works with people he wants to ''make love to''.

He said: ''I'm ready to go to work. I'm dying to work with you again. If I'm not in love with you, and if I don't want to make love to you, then I'm not interested in working with you.

''You have to want to f**k every male, female, whatever it is that you work with.

''I know that sounds sort of vile, but it's the truth. You just don't cross the line. You have to love, without judgment, every actor that you're working with to make beauty. And I just can't wait to jump into bed with you again.''