The actress is taking the lead in Photograph 51

Even acclaimed Hollywood superstars get nerves it would seem and 48-year-old Nicole Kidman was no exception when she took to the West End stage for the first time in 17 years as part of Photograph 51, claiming her "heart was pounding". 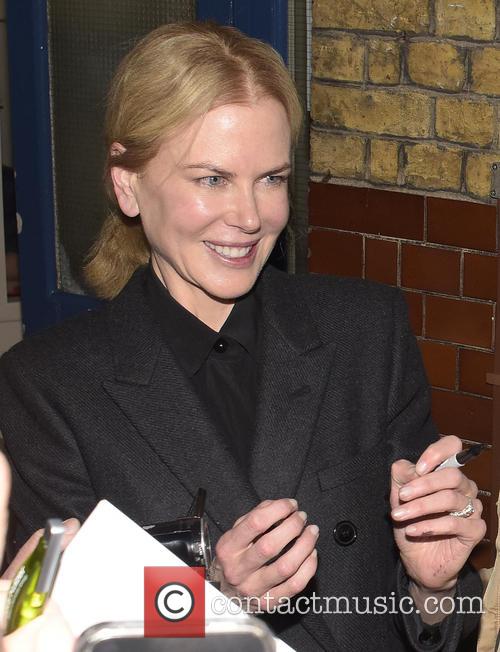 Nicole Kidman signing autographs after her preview of Photograph 51

However, it seems that her concerns were unfounded as many in the audience who saw her first performance in Saturday night had nothing but praise for the Moulin Rouge! star.

Theatre goers sitting in the Noel Coward Theatre at the weekend were very impressed with the preview and many rushed to Twitter to praise the actress.

MORE: Nicole Kidman On Hollywood Sexism: "It's Not An Even Playing Field"

One user said: "As a PhD student in chemistry and crystallography at Oxford, #Photograph51 was phenomenal! @NicoleKidman was superb! #inspired."

Kidman stars in the play based on pioneering DNA scientist Rosalind Franklin who was largely overlooked and who died prematurely at 37 from ovarian cancer, leaving her colleagues Francis Crick, James Watson and Maurice Wilkins to receive the Nobel prize in 1962.

MORE: Reese Witherspoon And Nicole Kidman Team Up To Star In And Produce Big Little Lies

This foray into the world of science, albeit on the screen, is no accident for Kidman, who has two children with her husband Keith Urban, and she admitted that taking on the role was, in part, a tribute to her research scientist father, who passed away a year ago.

Speaking to the Guardian, Kidman said: "This is my way of acknowledging him but also of acknowledging people in science who quietly go about their work and do things and go unacknowledged a lot of the time.

"He knew I was going to do it so I would like to think he is somewhere offering support."