Nicole Kidman Has Been Praised By Critics As She Returns To London's West End In Her Role As British Scientist Rosalind Franklin In Photograph 51. 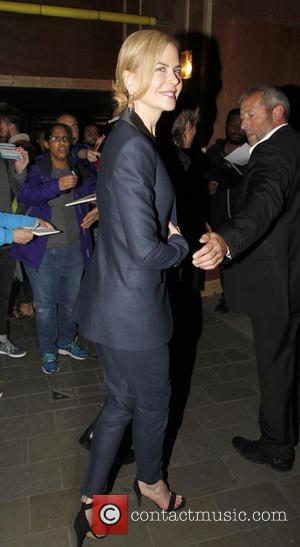 The Oscar-winning actress' turn as Franklin, who was the only woman involved in the discovery of DNA's double helix in 1953, has been hailed as "luminous" and "compelling", with one critic wishing the play lasted longer than its 95-minute run.

The Guardian's Michael Billington praises Kidman for returning to the West End stage after 17 years, and calls it a "fine performance" in Anna Ziegler's play.

He adds, "My only complaint about Anna Ziegler's intriguing, informative 95-minute play is that it is not longer. It is a fine performance in which Kidman reminds us that the scientific life can be informed by private passion."

Mark Shenton says the actress gradually exposes Franklin's emotional layers, writing in The Stage, "Star power may have brought this play to the West End, but Nicole Kidman proves that she's worthy of the showcase."

Directed by Michael Grandage, the play will run at the Noel Coward Theatre until 21 November (15).