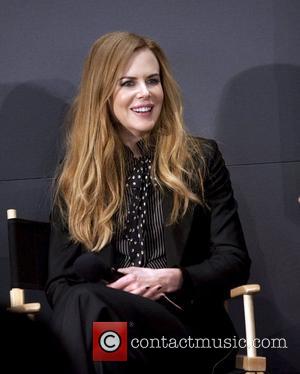 Nicole Kidman's new movie 'Rabbit Hole' about a grieving married couple is one of the most anticipated movies of the year, and director John Cameron Mitchell has been speaking about how the film was partly inspired by his own personal tragedy, reports Reuters.
Sam Raimi was the original director of the film, based on DAVID LINDSAY's Pulitzer Prize winning play, but he dropped out of the project leaving Kidman to offer Mitchell the job instead. The 47-year-old had initial reservations because he had never directed a movie that he did not write, however, the story deeply affected him and he eventually agreed to join the project. In 'Rabbit Hole', Kidman and Aaron Eckhart play the parents of a 4-year-old child who dies suddenly, and Mitchell has a similar family history. When the director was 14-years-old his younger brother Samuel died of a heart problem, speaking about the tragedy he said, "Samuel was an event that defined our family. That happened in 1976 when I was in Kansas.I think I lost my faith in the kind of God that I was taught existed when my brother died. It kind of didn't make sense after that. I dedicate the film to him and to my boyfriend who passed away in 2004".
The movie is being tipped for success at next year's Oscars and Kidman's performance has been described as her finest in years. The film had a limited US release on 17th December 2010, and will open in UK cinemas on 4th February 2011.