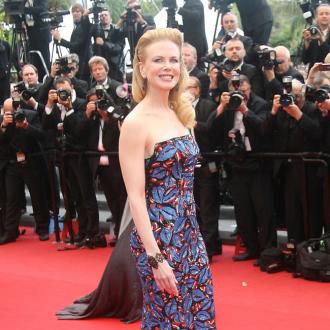 The 46-year-old actress was born on the Hawaiian island of Oahu and her Australian parents Janelle Ann and Anthony Kidman gave her the Hawaiian name Hokulani, which her country music star husband often uses instead of Nicole.

She explained: ''My mum called me Hokulani. It means heavenly star. That's something no one really knows. Well, Keith knows it. He calls me Hokulani sometimes.''

'The Railway Man' star - who has been married to Keith for eight years and was previously wed to Tom Cruise - admits she began acting at a very young age and used to use her skills to trick other children.

She said: ''I used to tell the kids at school that I was born right on Waikiki Beach in Honolulu. I was actually delivered in a hospital - but it sounded good and they believed me.''

Despite being born indoors, Nicole claims she loves nature and enjoys living in Nashville, Tennessee because she likes the small-town feel to the city.

She added in an interview with Britain's InStyle magazine: ''I'm very country at heart. I have a real desire to be outdoors, a desire for simplicity - a slightly slower, relaxed approach to life. A community, not a big-city feel. That's what I grew up with and that's what I prefer.''