Nicole Kidman is finished with Botox

Nicole Kidman enjoys ''moving'' her face without Botox and although she tried the wrinkle-smoothing injections she has no plans to have them again. 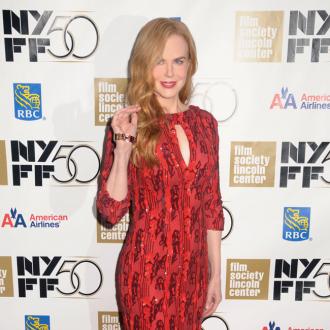 The 42-year-old actress - who is married to fellow Australian Keith Urban - has tried the wrinkle-smoothing injections but she now plans to avoid them in the future as she likes having control over her facial expressions.

She told Italian newspaper La Repubblica: ''No surgery for me; I did try Botox, unfortunately, but I got out of it and now I can finally move my face again.''

Nicole can soon be seen in Park Chan-wook's psychological horror film 'Stoker' in which she portrays Evelyn Stoker, a mother who is jealous of her daughter India Stoker (Mia Wasikowska).

The Hollywood star - who also has two children Isabella, 20, and 17-year-old Connor, with her ex-husband Tom Cruise - admits it was tough to play the character because her love for her kids is so strong.

She said: ''I was a huge fan of Park Chan-wook, I wanted to work with him and with Mia, who's Australian like me. It was an incredible experience. I play the part of a mother who hates her daughter. It couldn't be further from how I am; nothing matters to me more than my children.''

Although she experimented with Botox, Nicole sticks to a healthy eating plan and rigorous exercise regime to stay looking good.

She said: ''I am completely natural. I wear sunscreen, I don't smoke and I take care of myself, and I am proud to say that.

''Anybody can do anything to themselves - I don't judge - but personally I believe in being physically fit. That's how I was raised.

''I can't go in the sun because I'm fair-skinned. It was a nightmare when I was younger but it has its benefits now.''