Nicole Kidman Gushes About Husband Keith Urban's Support After Her Father Died: 'I'll Do Anything For That Man'

The 47 year-old actress recently opened up about how Urban's constant love has never faded throughout their 8-year marriage, especially when she has needed it the most when her father passed away.

Nicole Kidman's movie career is nothing short of a success, but the cost of fame and fortune has often left the Australian actress's family and personal life in turmoil, however husband Keith Urban's support has been a crucial help through her recent tough times. 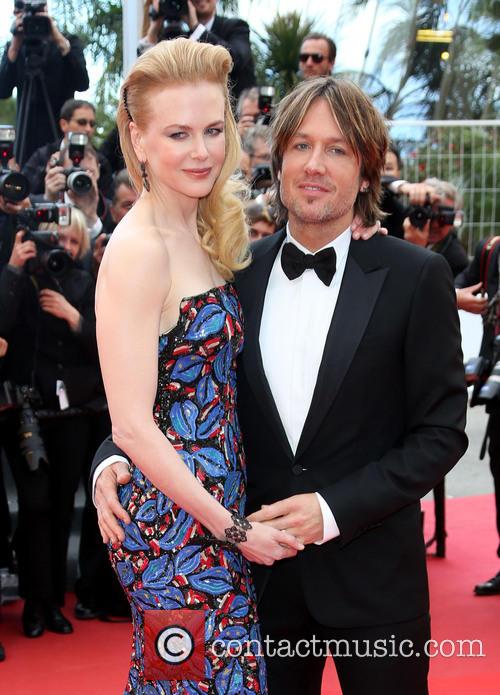 The Australian actress stopped by 'The Ellen DeGeneres Show' on Thursday (Oct 30th) and gushed about how Urban's constant love has never diminished throughout their 8-year marriage, especially when she has needed it the most when her father passed away.

"We all go through hard times in our lives," Kidman told Ellen. "But to be literally carried by your partner and physically at times because I was so devastated. It's just like I'll do anything for that man."

More: Nicole Kidman 'Horrified' By Research Into Psychogenic Amnesia For 'Before I Go To Sleep'

Apart from helping each other through tragic times, the pair keep their passion for each other alive by writing love letters when they are apart. "He doesn't write them every day," she said when asked how regularly he writes them. "When we're apart we do that."

Kidman was also very appreciative of the public reaction to her father's passing, random acts of kindness go along with her.

"I've realized we don't talk about it enough in terms of our society," she said of death. "Everybody loses their parents and it's awful. I'm amazed when people reach out because it's an awkward thing at times. But to have people go 'I'm so sorry for your loss,' the power of that and even a note or anything which I've gotten so much love from people."

More: Nicole Kidman Is "Baby Crazy" And Would Love To Get Pregnant Again

Last month Anthony Kidman died after suffering a heart attack at the Tanglin Club in Singapore, while visiting his other daughter, Antonia.