Tom Cruise's ex-wives Nicole Kidman and Katie Holmes have reportedly struck up a friendship and speak on the phone regularly. 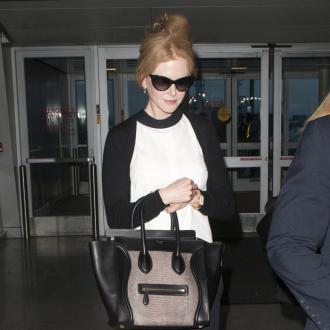 The actresses - both ex-wives of Hollywood star Tom Cruise - have reportedly been in contact by phone and enjoy gossiping with each other about their families and careers.

A source said: ''[They had] a really nice conversation. They talked a little about what it was like being married to Tom and have stayed in touch ever since.

''They haven't discussed intimate issues like sex, and mostly chit chat about their kids and what's going on in their lives.''

Nicole has adopted Isabella, 20, and Connor, 18, with Tom and Sunday, five and Faith, two, with her present husband Keith Urban, while Katie - the 'Top Gun' star's third wife -has daughter Suri, seven, with the star, who she split from in June 2012.

The insider says they would even consider starring in the same movie together.

They friend added to National Enquirer magazine: ''It would blow people's minds to have two of Tom's exes in the same film.''