Nicole Kidman And Benedict Cumberbatch Were Among The Stars Who Performed In Danny Boyle's London Charity Show On Sunday (25oct15). 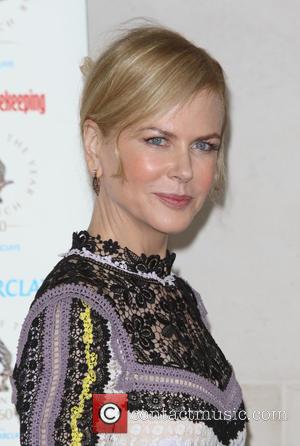 The two actors took to the stage at the Royal Court Theatre in the British capital for the director's The Children's Monologues show, raising money for Dramatic Need, a charity which provides arts education to vulnerable children in South Africa and Rwanda.

They performed monologues about life in an African township, and other stars who took part included Josh Hartnett and X-Men actor James MCAvoy.

There were also performances from stars of hit fantasy TV show Game of Thrones, including Kit Harington, Rose Leslie and Alfie Allen, as well as Harry Potter castmember David Thewlis.

"All the pieces are about bad things happening....it's Dramatic Need, not Dramatic Sunday Club," MCAvoy said of the show. "There is a need for it... It's all sad stuff but there are some funny bits along the way. It's problems such as misogyny - bad treatment of women by men, girls by boys...

"Getting the chance to work with Danny, who I've worked with before, he's fully in control and in charge even though it's going to be a whirlwind and all over the place, he's the guy you want in charge of something like that."

Allen admitted he was "terrified" about getting on stage for the performance: "It's that classic thing of being so, so excited and then getting here and being terrified."

"I'm working nearby in Dublin and was able to come by and be part of it and so I'm happy to help out in any way," said Hartnett. "My story is about a 13-year-old girl who lost her mother who died of Aids."

Boyle first put on a different version of the show in 2000 with Benedict Cumberbatch, Tom Hiddleston and Eddie Redmayne.