'Before I Go To Sleep': Nicole Kidman Is An Amnesiac With A Mystery To Solve In Tense Thriller

Imagine waking up each day with no recollection of the past. 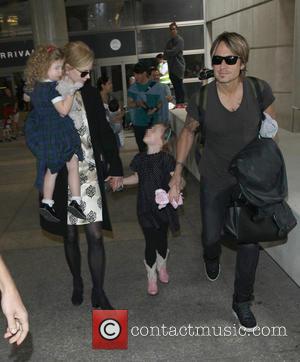 All sour memories of Nicole Kidman in Grace of Monaco are about to be forgotten as she gives an unforgettably unsettling performance in new thriller Before I Go To Sleep. Like 50 First Dates meets Memento, the movie focusses on a woman who wakes up each morning with a wiped memory due to her amnesia.

Kidman plays Christine Lucas, who is suffering from a complicated form of amnesia brought on by a terrifying incident that left her injured. Christine wakes up each day with no recollection of anything, despite keeping a video diary to remind herself.

It becomes apparent that no one can be trusted as her husband Ben (Colin Firth) is reluctant to tell her things about the past and her doctor (Mark Strong) seems to have ulterior motives. Christine learns that the only person who could have a chance of identifying her attacker is herself, if only she could remember what happened.

Based on the acclaimed novel of the same name by S.J. Watson, Before I Go To Sleep is a tense mystery thriller directed by Rowan Joffe ('Brighton Rock', '28 Weeks Later'). The movie sees Nicole Kidman and Colin Firth reviving their The Railway Man matrimony in a much darker plotline.

Watch the 'Before I Go To Sleep' trailer.

"It's classic noir," Joffe promised Empire a few months ago. "They remind me of a Hitchcock pairing: a tall, dark handsome lead and a beautiful blonde playing psychological cat and mouse!" Nicole Kidman Is An Amnesiac With A Riddle To Solve In 'Before I Go To Sleep.'