Nicole Farhi: Celebrities Get Paid To Be On Catwalk Front Rows

Nicole Farhi claims celebrities are being paid tens of thousands of pounds to appear on The Front row of catwalk runway shows, which she thinks is ''unprofessional'' and ''stupid''. 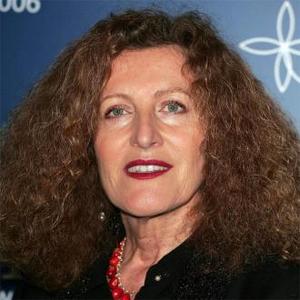 Nicole Farhi claims celebrities are being paid tens of thousands of pounds to appear on The Front row at catwalk runway shows.

The designer has called the alleged system ''unprofessional'' and ''stupid'' because it results in more interest being paid to the stars attending such events rather than the clothes on display.

She told Stella magazine: ''It is so unprofessional. I have never paid a celebrity and I will never do it. It's stupid.

''What do they show you in the papers after a fashion show? Not the clothes, but the celebrities who are being paid to sit at the show.''

Following her comments, the 65-year-old French-born designer is expecting to be snubbed by fellow designers, but she doesn't ''give a s**t'' because she feels so strongly about the issue.

She added: ''They will all hate me for it. I don't give a s**t because I think it is abominable.''

Emma Whitehair, a fashion PR who runs White Smoke Communications, confirmed celebrities do get paid to take up a front row seat at fashion events, but she refused to name any stars.

She told MailOnline: ''Absolutely it happens, but it would be professional suicide to mention brands and celebrities involved.

''Unfortunately the public can't identify a designer who has a genuine relationship with a celebrity or has paid someone to be in the front row. But it's fair to say some of the biggest brands will have a 'talent' budget.

''Brands with money need to guarantee coverage and that's the only sure-fire way of getting it.''

Nicole Farhi: Celebrities Get Paid To Be On Catwalk Front Rows