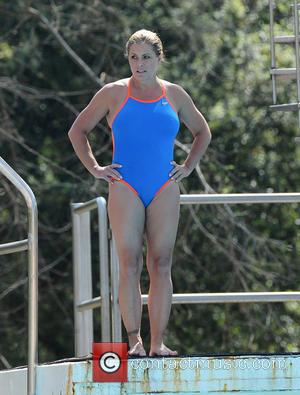 The once flat-chested actress went under the knife to obtain a perfect bosom in her early 20s, and was thrilled with her perky B-cups, but when she went for a "change-out" surgery session four years ago, she was shocked to discover her cosmetic surgeon had given her "ginormous" boobs.

She tells U.S. news show Access Hollywood Live, "They (surgeons) have, like, a creative override... and he thought that would look better on my (frame)... I lived with them for a while, thinking, 'OK, you'll get used to them...' But they were, like, in my way. They were like two new roommates... It was just awkward.

"And I'm so vertically challenged... My bra was like a hammock; I could fit in my bra."

Now 43, Eggert has signed up to appear on Nassif and DuBrow's show Botched in a bid to get back to her old look.

She adds, "I went to Terry (DuBrow) and he reduced them and it just wasn't enough. I think I was at a D or double-D... and then he started doing this show and he said, 'If you still wanna go smaller, come on the show, we'll document it'."