We do not jest: the supernatural drama has provided some stand-out moments this season.

No, no one has cast a spell on us; no headless horseman has threatened us to say this. If you're a fan of the show and have been following the first season then you'll just get it. Sleepy Hollow, recently renewed for a second season, rather than flounder on the pile of other dodgy TV remakes, has provided some top class watching this year and the fans have responded in their droves to cement the "breakout hit of the fall season." 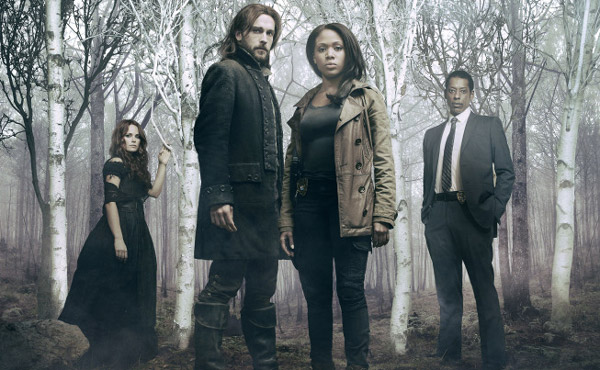 Will We See The Team Get Rid Of The Headless Horseman?

Hell, even the top producer was floored by the response: "Frankly, I'm stunned and elated," executive producer Alex Kurtzman tells TVGuide.com. "Our jaws were on the floor. We kind of can't believe it. The whole energy surrounding Sleepy Hollow from the fans is just extraordinary and the thing you dream of."

A possible root of Sleepy Hollow's first season success could be the engaging, one-case, X Files-style episodes with a connecting motivational undercurrent as Ichabod (Tom Mison) and Abbie (Nicole Beharie) wage their war against the formidable Headless Horseman. All in all, viewers will feel that they've had the experience of a full story from one episode "but you can come back because there are a lot of strands that are still dangling and things you want to know more about," Kurtzman adds.

"Hopefully that combination has been the thing that has made [viewers] want to embrace it a little more than usual." Count Us In For Season Two!

The X Files comparison is made yet again by Beharie herself, who explains that she didn't want her character to fall into scepticism: "She's not Scully, per se. There's certainly a Mulder-Scully comparison to be made between Crane and Abbie, but she actually had her own experience when she was young and has been actively to suppress and repress it. Crane emerging in her life forces her to deal with it."

However, even though 10.1 million viewers tuned in to watch the pilot, with a particularly high rating amongst 18-29 year-olds, the critics - although tentative at first - have largely agreed that the show has improved in its nine episodes. "The episode proved to be one of the series' best so far," said Paste Magazine of the most recent episode whilst even Den of Geek enjoyed "the best of both worlds - lots of information and mythology teases along with a pretty nifty haunted house episode" as witchcraft was brought into the fore.

What better things have you been up to for the past two months? Get watching! The FOUR Horsemen Of The Apocalypse?! One Is Scary Enough...