Quote: "There isn't much to say. So many women are expecting children and giving birth, and it's so uninteresting for French people. It's great news for me, but it's also something very banal... I'm superstitious, so yes, I've been very careful." France's First Lady Carla Bruni has vowed not to talk about her pregnancy. She is expecting her first child with her husband, President Nicolas Sarkozy.

Quote: "Carla said he'd probably be great as a singer because apparently he's got a nice voice! And he's very charismatic and I think being a politician he understands the content of lyrics intimately. It might be interesting to hear how he'd sound!" HARRY CONNICK, JR. wants to hear French President Nicolas Sarkozy sing after recording a duet with his wife Carla Bruni.

Quote: "In the United States if you were going to spend some time with the president, it's something you'd probably know well in advance. Whereas in France, Nicolas Sarkozy came in and sat back and said, 'How's the kids?'" HARRY CONNICK, JR. was impressed by the down-to-earth French president after recording a duet with his wife, Carla Bruni.

Quote: "We have a president who is in love with a very seductive, very young woman. I feel like I'm watching a reality TV show." Sexy French actress Ludivine Sagnier isn't sure her President, Nicolas Sarkozy's marriage to model Carla Bruni is such a great thing. 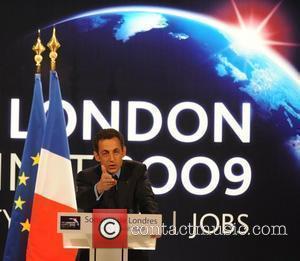 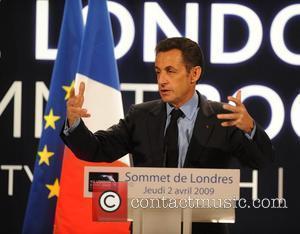