The couple married in 2004 after a whirlwind romance.

Nicolas Cage has confirmed that he and wife Alice Kim have separated. A rep for the actor confirmed the news to People magazine, saying the couple had been estranged since January. Cage and Kim would have celebrated their 12th wedding anniversary in August. 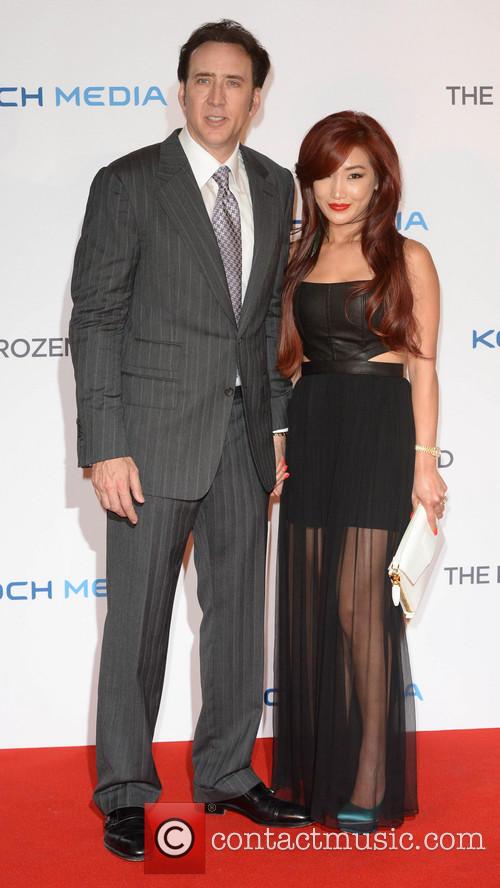 The couple met in February 2004 when Kim served the actor while she was working as a waitress in a Los Angeles restaurant. Two months later they were engaged, before tying the knot on a ranch in Northern California that August.

Speaking about their whirlwind romance to The Guardian in 2013, Cage said the couple decided to get married so Kim could travel with him to South Africa while he was making Lord Of War. "You can connect the dots.” he said. "And we did it because we loved each other.”

More: Nicolas Cage Had His Career Highlight On The Set Of The Trust

Kim and Cage have one child together, 10-year-old son Kal-el Coppola Cage. Cage is also father to 25-year-old son, Weston, from his previous relationship with model Christina Fulton. This will be Cage’s third divorce, having previously been married to Patricia Arquette and Lisa Marie Presley.

Cage married Arquette in 1995, but the couple reportedly only lived together for the first nine months of their marriage. Arquette filled for divorce in November 2000 and it was finalised months later.

In August 2002 Cage married Lisa Marie Presley, the daughter of Elvis, whom Cage is a massive fan of. The marriage only lasted four months with the couple filling for divorce in November 2002. The divorce wasn't finalised until May 2004, meaning the proceedings lasted longer than their marriage.