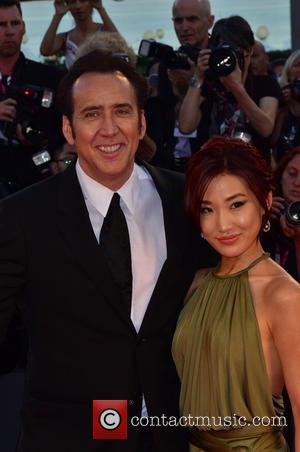 Nicolas Cage and Nicole Kidman were honoured in China on Monday night (07Oct13) at the annual Huading Awards.

The Leaving Las Vegas star is currently shooting new movie Outcast in China, and heaped praise on his host country, stating, "I believe in the genius loci of a place, the genie of the place is what I call it. I absorb that energy and it affects performance wherever I go.

"Making a movie in China, I'm buzzing with good energy, I feel great here. I love the people I'm working with, I love the crew, and there's a genuine warmth and enthusiasm that I get from my conversations."

Quentin Tarantino was handed the prize for Best Global Director, and revealed Asian cinema has inspired his work throughout his career: "I've been a fan of Asian cinema my whole life growing up. I did my movie Kill Bill as a complete tribute to my love for it and so to come here amongst the Chinese film industry (and) get this from the Chinese fans is a dream come true."

The ceremony will head to Los Angeles next year (14).