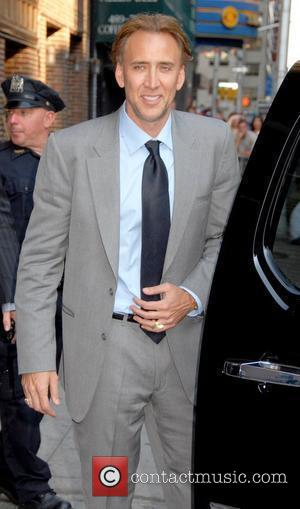 Actor Nicolas Cage's home in New Orleans, Louisiana has him so spooked he refuses to sleep there, despite paying nearly $3.5 million (GBP1.9 million) for the estate.
Cage bought the legendary LaLaurie Mansion last year (07) - reportedly the most haunted home in the historic city, constructed during the 1830s.
He says, "(It's) in the Vieux Carre - which is called the French Quarter. It's a very notorious house, it's a very famous house - meaning it's allegedly the most severely haunted house in the United States of America... that's what they tell me. So at any given moment, I have five or six ghosts surrounding the house, all looking up at this haunted temple, and I'm in there.
"We'll (my family) come over and have dinner there but nobody sleeps there. I will sleep there, I will at some point - but I'll be alone when it happens... I try not to have a narrow mind about things."
But the actor - who was aware of the legend before making the purchase - insists he's respectful of his haunting guests.
He adds: "(I've gotten) five or six requests from parapsychologists' groups to come into the house, and I won't let them in - because of respect. If there's something in there, I don't want them being exploited."