Nicolas Cage's son Weston says the actor is a ''brilliant'' grandfather to his little boy Lucian. 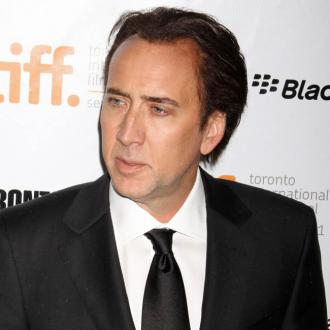 Nicolas Cage is a ''brilliant'' grandfather.

The 50-year-old actor's eldest son Weston Cage and his wife, Danielle, welcomed son Lucian Augustus into the world on July 1 and the 23-year-old rocker plans to raise the little boy according to the things he was taught by his actor dad.

Weston said: ''He likes [to be called] Grandpa, or Nonno, the Italian.''

''I believe that a lot of the morals and philosophies that I will teach to my son definitely comes from my father. He was an amazing father to me.

Weston already knows which of his famous father's movies he plans to show his little boy first.

He explained to 'Entertainment Tonight': ''The Sorcerer's Apprentice'. Things like magic, all those things are so embedded in a child's psychology.

''Plus it was dedicated to my grandfather, Augustus, which is his middle name.''

And Lucian is already showing a keen interest in his father's music.

The 'Tell Me Why (Matriarch of Misery)' rocker said: ''He loves music, he's enthralled by it, if I play the mandolin or something, he'll stare at the instrument and watch me, he's mesmerised.

''He loves [the harder stuff], he was in the womb when I was recording [my album, 'Prehistoric Technology'] and when he came out, a couple of months later I was playing the harder stuff and he was moving his head and his hands.''

Even when his music takes him on the road, Weston wants to provide Lucian with a stable environment.

He said: ''I'll definitely make sure that [Lucian] doesn't have to deal with too many schools back and forth.

''I'll want to get someone that's trustworthy to tutor and provide everything that a school could.''