Back In The Saddle: Nicolas Cage Slammed For 'Ghost Rider: Spirit Of Vengeance' 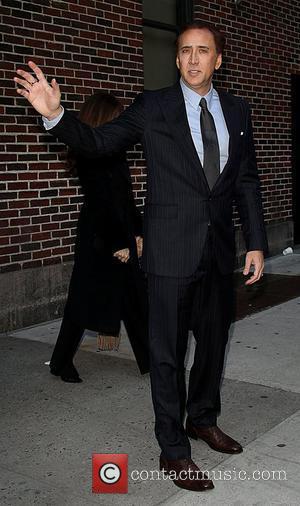 Nicolas Cage has reprised his role as Johnny Blaze, in Ghost Rider: Spirit of Vengeance and the film has not gone down well with the film critics. Scoring a paltry 7% on the Rotten Tomatoes reviews site, it doesn't look as though returning to the film concept was one of Cage's wiser moves. In 1996, Cage won an Oscar for his stellar performance in Leaving Las Vegas, proving that he's capable of turning in a world class performance but taking on roles like Johnny Blaze won't be helping his reputation with film lovers.
Johnny Blaze is the devil's bounty hunter in this fantasy action adventure, trailblazing around on his flaming motorcycle and although the trailer suggests that the film allows for Cage's trademark laconic wit, the reviews would suggest that this isn't enough to save the movie. Writing for Empire magazine, Helen O'Hara describes the viewing experience as "more purgatory than hellfire", where Peter Bradshaw suggests that a sequel to the 2007 Ghost Rider was unnecessary, suggesting that it's "time for this rider to head off into the sunset." And disappointment runs high in Alex Zane's review for Sun Online, "It would have been nice to have seen someone brave enough to release a violent, scary, 18-rated Ghost Rider movie. They had the character, the actor and the directors to do it. Such a shame they didn't." The movie seems to have fallen short, even of the rather low expectations that were set for it.
Nicolas Cage has a number of forthcoming films lined up for release that may well cause an about-turn of public opinion, though, such Stolen, written by David Guggenheim (Safe House and Exit Strategy) and The Frozen Ground, in which he stars with John Cusack and VANESSA HUDGENS.