Nicolai Dunger himself adorns the cover of Play, a monochrome study lying on the ground, fag in mouth, as he plays with a mongrel dog who seems to be making best efforts to flee the scene as quickly as his four legs will carry him. This slightly odd cameo of man and man's best friend does little to dispel the thinking that, dismayed by the public's complete indifference to his previous eleven albums, the Swede has gone on one almighty rock n' roll bender and had somehow captured the mutt in the way that British people on the way home from a bender used to steal those flashing lights you found alongside roadworks. 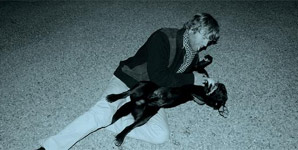 Nicolai Dunger is set to release 'Crazy Train' on May 3rd 2010 through Fargo Records, this is the first single from his new album 'Play'. Quickly becoming one of Sweden's most prolific songwriters, since the start of Nicoli's career in 1996, he's written, recorded and released over 15 records. 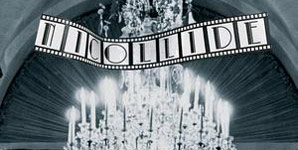 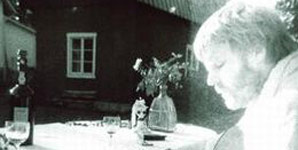