Nicky Hilton and James Rothschild are married! The happy couple tied the knot in the orangery at Kensington Palace in London on Friday (10th July). The hotel heiress and her family were spotted leaving Claridge’s hotel on Friday morning and heading for the palace. 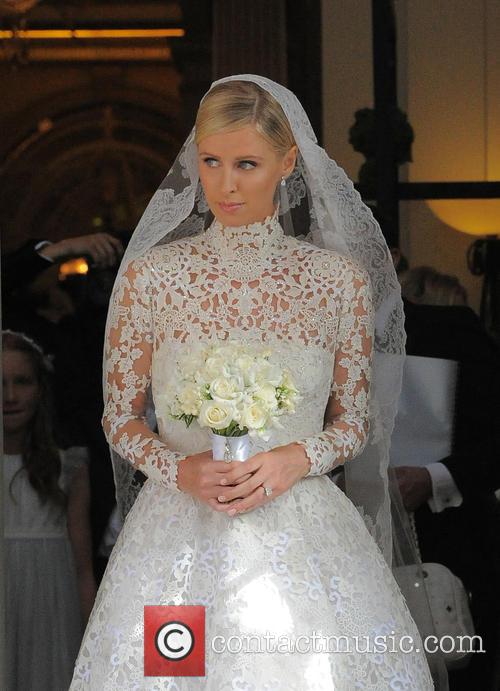 See More Pictures Of Nicky Hilton On Her Wedding Day.

31-year-old Nicky wore an incredible white lace gown by Valentino, complete with a lengthy veil and train. She was escorted from the hotel by her father, Richard Hilton. Her sister, Paris Hilton, and mother, Kathy Hilton, were also spotted leaving the hotel wearing pale blue dresses.

Paris acted as bridesmaid for her sister and looked, compared to her sister’s elaborate gown, suitably understated in a Grecian style dress and holding a small posy of white flowers. 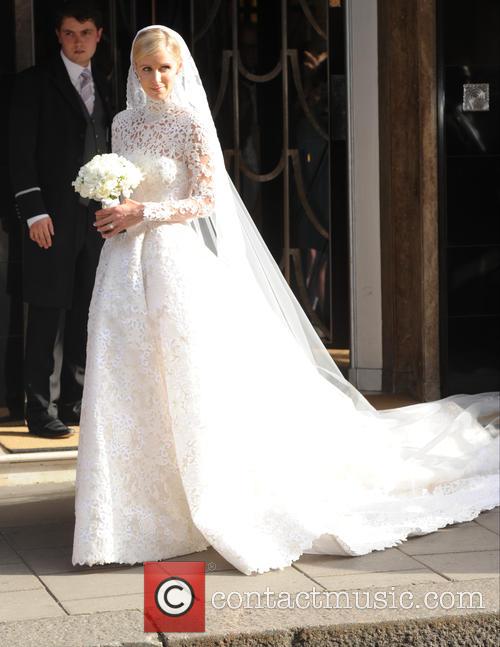 On Friday morning, Paris posted a sweet Instagram post in anticipation of her sister’s nuptials. ‘So happy that my sister found the man of her dreams. They make the perfect couple! So excited for their wedding today!’ Paris captioned a photograph of Nicky and James kissing. 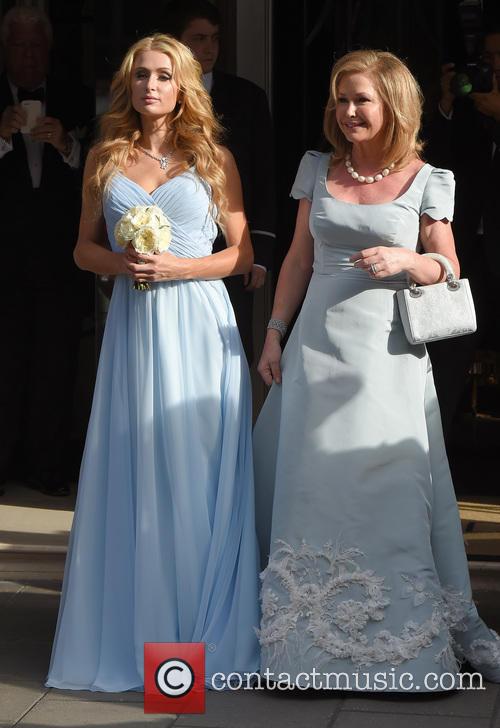 Paris and Kathy Hilton on their way to Nicky's wedding.

The wedding was attended by a number of famous faces including actress Kate Beckinsale and Chelsea Clinton. The couple also held a pre-wedding celebration on Thursday evening (9th July) with a cocktail party at Spencer House.

Nicky and James have been together for more than four years. The newlyweds met at Petra Ecclestone and James Stunt’s wedding in 2011, according to reports in Us Weekly. James proposed to Nicky last August whilst they were on holiday in Lake Como, Italy. 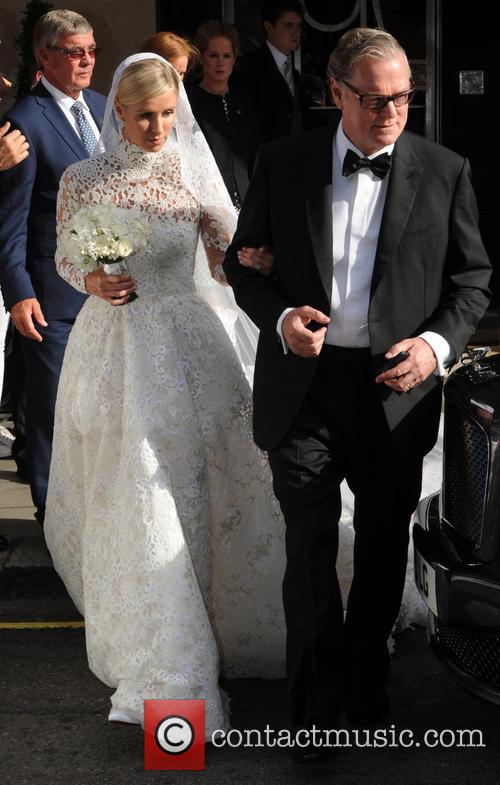 Nicky was married once before to her childhood friend Todd Meister. The couple married in a Las Vegas chapel in 2004 but their marriage was annulled three months later.

So happy that my sister found the man of her dreams. They make the perfect couple! So excited for their wedding today! ?????? #MrsRothschild ????????